The music by Roma Amor duo is situated somewhere at the crossroads between folk-filled melodic Italian hits from the 1960s and cabaret romanticism of contemporary French bards like Jacques Brel. Driven by nostalgia for the atmosphere of the old Europe, which music scenes were dominated by waltz, tango ad cabaret music, in their pieces they try to evoke and bring back these times gone by. Sophisticated and sentimental works can be described as Neo Folk, Chanson Noir and Neo Cabaret. Unlike many contemporary formations stylistically close to Roma Amor, their music refers to the traditions of German cabaret only to a small extent – here, much more important than songs by legendary Austrian Lotte Lenya or Bertold Brecht's The Threepenny Opera is the inspiration with romantic French pop and bloody Italian operas.

Difficult to forge, warm and sensual sound is based on the use of traditional instruments (such as accordion, piano and castanets) as well as rough and hoarse voice of female vocalist Euski, in which one can hear a note of drunken grandeur of Italian and French chansonniers. In their compositions, Roma Amor express the despair that surrounded tragic disintegration of bygone tradition – the one you would like to come across in smoky backstreet cafes, in melancholic pubs where the regulars drown their everyday sorrows and on street corners where threadbare musicians ply their trade. 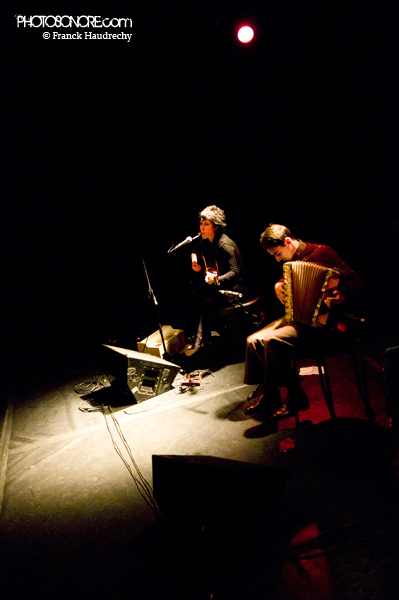