Working in many art disciplines, the artist Jana Komaritsa has been one of the central figures in Russian underground scene for years. Performing under the pseudonym DJ Jana Dark, she has become famous for lively sets, at which she skillfully presents diverse kinds of industrial and experimental electronics. Her experience on stage as a DJ has translated into her own art as well – she is responsible for a one-man multimedia project called Darkrad, which is a way to externalize her most deeply hidden feelings, emotions and thoughts. By the use of music, video, performance and all other available means, Jana Komaritsa creates dark, surrealistic worlds which can seduce with the richness of sensations. Darkrad is an exploration of these unknown and secret aspects of reality and human psyche which can scare you to death and at the same time are deeply fascinating and tempting. Silenced fear, emotional and physical pain, perverse sexuality, inner psychosis, metaphysics, contradictory emotions – these are the main subjects around which Jana's work in Darkrad revolves.

Live shows of the project are emanations of sensations from the most hidden corners of subconsciousness – they do not let you suppress any emotions. The artist still seeks for new forms, through which she can express inconvenient and dark truths that are signals of everything we wish to silence inside us. 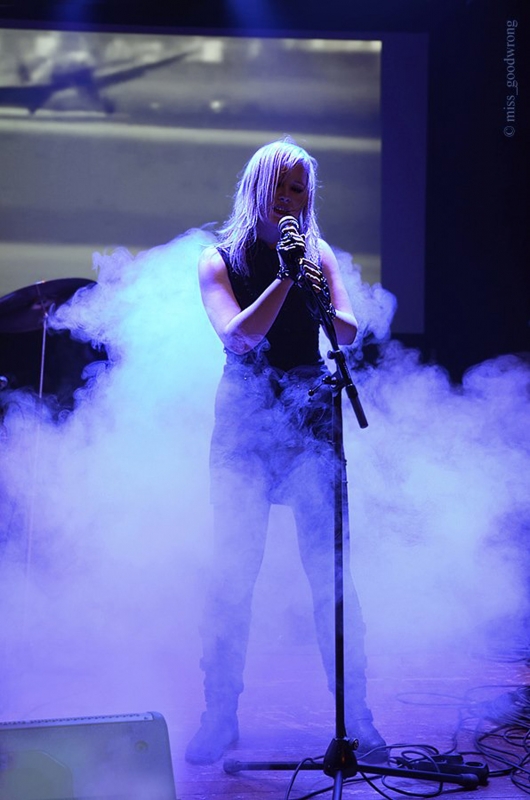